In Response to: The Upside of Dyslexia 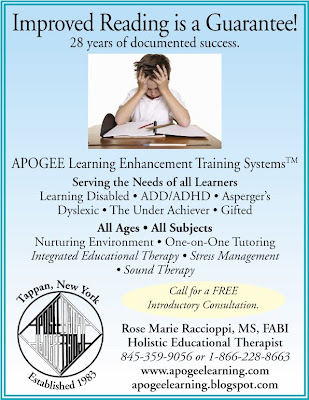 The Upside of Dyslexia

THE word “dyslexia” evokes painful struggles with reading, and indeed this learning disability causes much difficulty for the estimated 15 percent of Americans affected by it. Since the phenomenon of “word blindness” was first documented more than a century ago, scientists have searched for the causes of dyslexia, and for therapies to treat it. In recent years, however, dyslexia research has taken a surprising turn: identifying the ways in which people with dyslexia have skills that are superior to those of typical readers. The latest findings on dyslexia are leading to a new way of looking at the condition: not just as an impediment, but as an advantage, especially in certain artistic and scientific fields.

Dyslexia is a complex disorder, and there is much that is still not understood about it. But a series of ingenious experiments have shown that many people with dyslexia possess distinctive perceptual abilities. For example, scientists have produced a growing body of evidence that people with the condition have sharper peripheral vision than others. Gadi Geiger and Jerome Lettvin, cognitive scientists at the Massachusetts Institute of Technology, used a mechanical shutter, called a tachistoscope, to briefly flash a row of letters extending from the center of a subject’s field of vision out to its perimeter. Typical readers identified the letters in the middle of the row with greater accuracy. Those with dyslexia triumphed, however, when asked to identify letters located in the row’s outer reaches.

Mr. Geiger and Mr. Lettvin’s findings, which have been confirmed in several subsequent studies, provide a striking demonstration of the fact that the brain separately processes information that streams from the central and the peripheral areas of the visual field. Moreover, these capacities appear to trade off: if you’re adept at focusing on details located in the center of the visual field, which is key to reading, you’re likely to be less proficient at recognizing features and patterns in the broad regions of the periphery.

The opposite is also the case. People with dyslexia, who have a bias in favor of the visual periphery, can rapidly take in a scene as a whole — what researchers call absorbing the “visual gist.”
Intriguing evidence that those with dyslexia process information from the visual periphery more quickly also comes from the study of “impossible figures,” like those sketched by the artist M. C. Escher. A focus on just one element of his complicated drawings can lead the viewer to believe that the picture represents a plausible physical arrangement.

A more capacious view that takes in the entire scene at once, however, reveals that Escher’s staircases really lead nowhere, that the water in his fountains is flowing up rather than down — that they are, in a word, impossible. Dr. Catya von Károlyi, an associate professor of psychology at the University of Wisconsin, Eau Claire, found that people with dyslexia identified simplified Escher-like pictures as impossible or possible in an average of 2.26 seconds; typical viewers tend to take a third longer. “The compelling implication of this finding,” wrote Dr. Von Károlyi and her co-authors in the journal Brain and Language, “is that dyslexia should not be characterized only by deficit, but also by talent.”

The discovery of such talents inevitably raises questions about whether these faculties translate into real-life skills. Although people with dyslexia are found in every profession, including law, medicine and science, observers have long noted that they populate fields like art and design in unusually high numbers. Five years ago, the Yale Center for Dyslexia and Creativity was founded to investigate and illuminate the strengths of those with dyslexia, while the seven-year-old Laboratory for Visual Learning, located within the Harvard-Smithsonian Center for Astrophysics, is exploring the advantages conferred by dyslexia in visually intensive branches of science. The director of the laboratory, the astrophysicist Matthew Schneps, notes that scientists in his line of work must make sense of enormous quantities of visual data and accurately detect patterns that signal the presence of entities like black holes.

A pair of experiments conducted by Mr. Schneps and his colleagues, published in the Bulletin of the American Astronomical Society in 2011, suggests that dyslexia may enhance the ability to carry out such tasks. In the first study, Mr. Schneps reported that when shown radio signatures — graphs of radio-wave emissions from outer space — astrophysicists with dyslexia at times outperformed their nondyslexic colleagues in identifying the distinctive characteristics of black holes.

In the second study, Mr. Schneps deliberately blurred a set of photographs, reducing high-frequency detail in a manner that made them resemble astronomical images. He then presented these pictures to groups of dyslexic and nondyslexic undergraduates. The students with dyslexia were able to learn and make use of the information in the images, while the typical readers failed to catch on.

Given that dyslexia is universally referred to as a “learning disability,” the latter experiment is especially remarkable: in some situations, it turns out, those with dyslexia are actually the superior learners.
Mr. Schneps’s study is not the only one of its kind. In 2006, James Howard Jr., a professor of psychology at the Catholic University of America, described in the journal Neuropsychologia an experiment in which participants were asked to pick out the letter T from a sea of L’s floating on a computer screen. Those with dyslexia learned to identify the letter more quickly.

Whatever special abilities dyslexia may bestow, difficulty with reading still imposes a handicap. Glib talk about appreciating dyslexia as a “gift” is unhelpful at best and patronizing at worst. But identifying the distinctive aptitudes of those with dyslexia will permit us to understand this condition more completely, and perhaps orient their education in a direction that not only remediates weaknesses, but builds on strengths.

Annie Murphy Paul is the author of “Origins.” She is at work on a book about the science of learning.
Source: http://www.nytimes.com/2012/02/05/opinion/sunday/the-upside-of-dyslexia.html?_r=1&nl=todaysheadlines&emc=thab1

I have devoted the last thirty years serving hundreds of dyslexic students. Yes, their gifts and talents continue to amaze many. I am pleased to share with you a program that has brought reading mastery to each dyslexic student I have had the good fortune to have taught. APOGEE Learning Enhancement Training Systems provide the supports that are respectful of needs, talents, particular learning styles, interests and the creative orientations of each student.

My training as an occupational evaluator, and having studied the origins of the alphabet and how each letter is really a pictogram for movement and sound have allowed me to look at the reading process from a truly holistic paradigm. Each letter is its own experience, each sound is its own experience. The experience of each letter, both sound and configuration is taken into consideration in the therapeutic sessions. A child may have a stress response to a letter, a word, a sound. Through the use of Cognitive Kinesiology, stress responses are identified. Activities are then initiated to reverse the stress associations. I am here providing a link for further information and perusal. APOGEE Learning: Improved Reading Performance with APOGEE Somatic Phonics ~ A Breakthrough for the Dyslexic, The Learning Disabled, the Underachieved Reader. - http://apogeelearning.blogspot.com/2011/08/improved-reading-performance-with.html

Tracking, near and far point focus, visual perception, visual acuity, are all taken into consideration as the student encounters the printed word, on paper, on a computer screen, on a black board or white board. It is delight that each of my students experience when they master the confusions they have had with the lower case letters, b, d, p, q, or the numbers 3, 5, 8 and 6, 9. To master the sounding of 26 letters, their visual configuration and the 40 phonemes of the English language sets each student to masterful reading. Words that sound alike but are spelled differently are given particular attention. Once holding the key to every word, once appreciating that meaning and context are relative to one another, confusion gives way to interest and a willingness to travel across the printed page, ever ready to explore and seek understanding. With a newly developed certainty, students readily make a commitment to be the readers they know that they have the potential to become. Each student's program is uniquely tailored to meet the specific needs presented, is respectful of the student's potential, talents, interests and learning style.

The characteristics noted in, The Upside of Dyslexia, mirror my findings as well. A myriad of interests, abilities, talents and needs are indeed exemplified by dyslexic students across the age span. However, with one-on-one therapeutic tutorials that offer instant feedback, that addresses perception, attention, focus, hearing, seeing, speaking, stress, learning style, cognition and interest, I see the progression and development of masterful readers. Reading is understood by the student as a series of functions that require awareness, attention, practice and integration. Hundreds of students have proven that such an approach not only improves reading, but improves a sense of self that has a positive carry over to all recreational, academic and creative endeavors.

For more information on services
provided for all learning needs:
http://www.apogeelearning.com
http://www.acu-tone.com

Another moment of your time please...

What messages do the students I serve bring to me. "I am bored," in such and such a class... "it is a waste of my time." " It takes too much of my time to do that dumb homework. " "That project is just a waste of time, no one is going to really pay attention anyway."

Time is indeed a precious commodity. We each are given a 24 hour day and seek to enjoy a significant part of it. Why do some have what many may consider good time management skills and others fall short of the demands of time? schedules ? time frames?

Here presented are perspectives that call for our consideration. Change is being imposed as here outlined, and at the same time 'a bury your head in sand' mentality may be operative in our present day school room. Time to think ...