Finding Spirit in the Fabric of Space and Time
Finding Spirit in the Fabric of Space and Time is an interview of Stuart Hameroff, MD. The focus is on microtubules. The presence and function of microtubules appear directly related to the benefiting process inherent in APOGEE Acu-Tone™.
After having received consistently beneficial results from the practices that define the APOGEE Acu-Tone™ paradigm, I sought to understand, beyond my intuitive knowing, the 'science' behind the positive results. As I was seeking an explanation as to 'how' were the tuning forks bringing about the changes in feelings, the relief of pain, a deeply relaxed state, a consistently reported feeling of well being, I was delighted to have come across an article appearing in the June, 1994 issue of "Discover." In the article, "Quantum Consciousness," by David H. Freedman, it is reported that Stuart Hameroff, MD stated that these "long tubes (microtubules) made extraordinarily good conductors of physical vibrations, or sound waves. Using computer models to simulate microtubule behavior, he found that a vibration introduced into one end of the tube could propagate unchanged throughout the length of its hollow, water-filled interior. Furthermore, he found that disturbances in neighboring microtubules displayed a 'coherence' - that is, a vibration in one microtubule could start another one vibrating in exactly the same fashion, just as a vibrating tuning fork can get a nearby tuning fork vibrating. Eventually, a twitch propagating down one microtubule could be passed on to entire bundles of microtubules vibrating in synchrony, and perhaps even right through cell membranes to mircrotubules in neighboring cells."
Hameroff suspected that this "twitch" property was "related to the microtubules' traffic-cop function in the cell: if they were in charge of organizing behavior in the cell, then they'd need to communicate with one another, and for that they'd need an accurate, rapid signaling system. "It looked as if microtubules were great at carrying signals," says Hameroff. They were so great at it, in fact, that it seemed unlikely such an efficient communication network wouldn't have a more sophisticated purpose. ... Hameroff strongly suggested that microtubule networks in the cell could also play the role of such a switching yard (as in computer chips), directing vibrational pulses along certain paths within the cell and among cells: by arranging and interconnecting themselves in the right ways, they'd direct vibrational signals here and there just as wires direct the flow of electric signals... "
A microtubule oblivious to the noise around it, "would be free to explore simultaneously any number of possible patterns within and among the microtubules. Even crossing among cells wouldn't necessarily disturb the pulse: after all, one tuning fork can set another vibrating even if the intervening air is noisy with other signals."

A most informative article: Orchestrated Objective Reduction of Quantum Coherence in Brain Microtubules: The "Orch OR" Model for Consciousness - Stuart Hameroff and Roger Penrose - Quantum Consciousness


The excitement and validation I felt when first reading the Discover article in 1994 has not waned. Subsequent articles and readings have further validated the initial connections perceived. What was suggested by what Hameroff reported, has become consistently clear and deeply relevant to the 'entrainment' that occurs during the APOGEE Acu-Tone™ process. Yes, there is a communication system operative that carries the vibratory signals of the tuning forks bringing about the ultimate in harmonic cell communication. Within this lies the explanation for the reported feelings of balance, deep relaxation, pain relief, and a most welcomed respite from stress and anxiety. I look forward to an opportunity to share these findings with Dr. Hameroff. I have been in touch with his office and await a return call. When first contacting Dr. Hameroff in 1994, upon first reading the Discover article, he was kind enough to suggest that we meet. I was not able to take advantage of his invitation, because at that time, my husband had become ill and required my support and care. I am now in a position to reconnect and go forward. The benefits of APOGEE Acu-Tone™ are to be known and enjoyed. Training opportunities are now provided.
All Inquiries Welcomed.
I invite you to peruse: APOGEE Learning: APOGEE Acu-Tone™ Vibrational / Sound Therapy -http://www.apogeelearning.blogspot.com/2012/03/apogee-acu-tone-vibrational-sound.html
apogee |ˈapəjē|
noun Astronomy
the point in the orbit of the moon or a satellite at which it is furthest from the earth. The opposite of perigee .
• figurative the highest point in the development of something; the climax or culmination of something.
(Webster's dictionary) 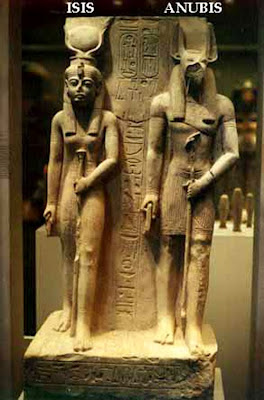 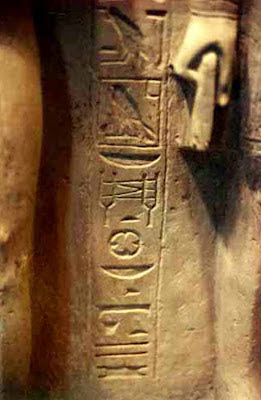 "Sound is the medicine of the future." Edgar Cayce

"Every individual entity is on certain vibrations. Every dis-ease or disease is creating in the body the opposite of non-cordant vibration with the conditions in a body-mind and spirit of the individual. If there is used certain vibrations there may be seen the response." Edgar Cayce reading 1861-12.

"...tones and sounds will be the channel through which coordinating of forces for the body may make for the first of the perfect reaction..." Edgar Cayce, reading 758-38

Ancient Wisdom has provided the seedlings of my life's work. The particular approaches to teaching the dyslexic, the means by which to heal a wounded learner, that I have brought forth, and the development of APOGEE Acu-Tone™ are those messaged to me from THOTH. Drawing from the ancient healing arts of the Egyptians and the Chinese, deeply respecting the inner knowing of our body and the trappings of our mind, and the defined calling perceived when I was seven years of age, have come to define this present vision real. APOGEE Acu-Tone™ has been inspired and guided by the presence of THOTH in mind, thought and spirit. Note that in the photo above each figure is holding a 'staff.'   When visiting the Egyptian Exhibit at the Metropolitan Museum of Art, New York City, such staffs appeared to me as 'tuning rods' held to bring a connection between earth and the vistas above. A physical representation of 'all above all below.'  This is the very principal that has guided the development of APOGEE Acu-Tone™.   I invite you to peruse: APOGEE Learning: APOGEE Acu-Tone™ Vibrational / Sound Therapy - http://www.apogeelearning.blogspot.com/2012/03/apogee-acu-tone-vibrational-sound.html


All inquiries welcomed. All questions answered.

Image: Courtesy of Crystal Links. This the APOGEE Acu-Tone™ Paradigm. Two tuning forks with lines of sound connecting them. From Isis and Wepwawe, or Anubis. Metropolitan Museum of Art, New York City, NY. 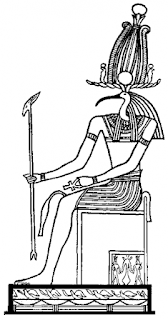